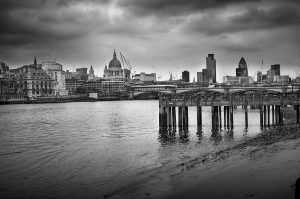 You know the story. Commentators, banks and even friends round the dinner table or at the pub have all been saying that you should be fixing your mortgage for, well several years now. However, for whatever reason nothing has been done and to be honest, you have probably played it right up to now apart from a little scare towards the end of last year.

Now along comes Brexit and SWAP rates, upon which lenders price their fixed rates, have fallen dramatically. At the end of April 5-year money stood at 1.14% and 10-year money at 1.55%. Now they are 0.63% and 0.88% respectively! That is some fall and they are now at levels that have not been seen before.

As a result we have some extraordinary products now available; a 2 year fixed at just 0.99% (3.56% APRC) anyone? Meanwhile 5 year fixes across the board have fallen and are now available from just 1.99% (3.28% APRC) whilst most lenders have products to fit most client’s circumstances pretty close to the 2% level.

Even those with only 10% deposit or equity have seen the cost of rates fall and it seems remarkable that borrowers can now obtain a 90% Loan-To-Value mortgage from just over 2%.

We have already seen an increase in the number of remortgage enquiries since the EU Referendum as borrowers look to lock in to one of the highly competitive longer term fixes to get a level of security in an uncertain world.

For those on a tracker rate or Standard Variable Rate there are some points to note if Bank Base does get cut further.

Borrowers should check the small print of their mortgage product, as some lenders have a “collar” or floor below which they will not reduce rates further. Some other lenders use their own version of Bank Base Rate which, although it always has historically, does not have to mirror the Bank of England.

Lender may also not be quick to reduce their Standard Variable Rates as many stopped passing on cuts the last time Base Rate fell further in order to protect their margins and ensure they remain profitable.

Perhaps the most interesting change however, is where longer term fixes are concerned and specifically the 10 year fixed market. Demand for longer term fixes has never really taken off to any great degree before, mainly due to the fact that most borrowers do not wish to be tied in for that length of time as they do not really know what the future will bring.

Coupled with the fact that 5 year fixes have always been quite a degree cheaper, they have bypassed most borrowers who will only pay a certain amount more for security.

Ten year fixes have never really taken off before, but these new rates may well change this as borrowers are enticed by the low rate and additional security that such rates offer.

The new 10 year fixes that have hit the market, including the astonishing 2.39% (3.19% APRC) from Coventry Building Society, are however extraordinarily competitive and could represent a sea-change in their popularity, especially given the prevailing landscape of uncertainty.

No-one quite knows what the future holds; will inflation be kept at bay and for how long? Also, in a couple of years’ time will rates need to rise faster than we imagined?

Longer term fixes are attractive to borrowers looking to remortgage who have a good level of equity in their property and have no expectation of moving over that time period. Also those purchasing who have a high deposit on a long term family home or trading down for a last move, will also be tempted by the additional level of security and peace of mind these longer-term fixes bring.

Borrowers do need to pay careful attention to the Early Repayment Charges such rates often come with and need to be aware that if they do need to move within the fixed rate period they will be limited to staying with their existing lender, unless they are willing to pay the penalties.

Whilst the products are generally portable, it is important to understand that portability is not an automatic right and lenders will go through their due diligence and affordability calculations again at the time to check you still meet the required criteria.

Either way, the rates available from mortgage lenders across the board are worth paying special attention to and for those coming to the end of their current deal or who have not done anything recently, the decisive moment seems to be upon us.

Borrowers looking at switching on to a new product should first find out exactly what their existing lender would offer them and then speak to a professional broker to compare that to the rest of the market.

With most remortgage products offering a free valuation and free legals, plus the ability to switch on to a cheaper product if one appears prior to completion, it looks like a good opportunity to lock in now.

After all, rates cannot get too much lower now – can they?

This website uses cookies so that we can provide you with the best user experience possible. Cookie information is stored in your browser and performs functions such as recognising you when you return to our website and helping our team to understand which sections of the website you find most interesting and useful.