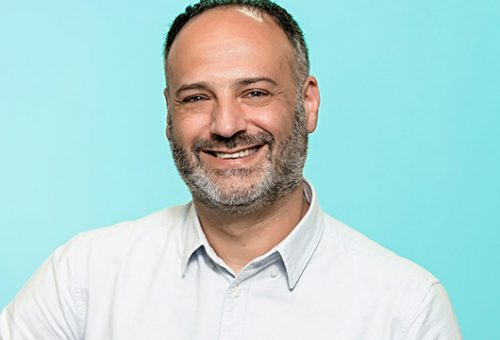 Andrew Montlake is more than a traditional MD, he is our very own brand guru, who knows everything there is to know about Coreco – so he’s our go-to guy when the media ask what we’ve been up to. As such, he is regularly quoted in the media with appearances on BBC and SKY TV as well as National and local Radio. It also surprises many to discover he’s actually a closet rock star, singing in Rogue Monkey when he’s not working at the coal face for clients like you.

Better known as Monty, he began his journey with an Hons degree in Economics & Politics, (an Economist with an appreciation of the lighter side of Karl Marx), leaving Leeds Metropolitan University with a spring in his step and dreams of either changing the world, becoming a rock star or running an advertising and PR agency.

After a brief sojourn with an Advertising Agency and a direct marketing company, Monty started in the mortgage industry in February 1994, at John Charcol where he became part of the top-performing team.

In June 2000, he joined Cobalt Capital and grabbing the chance to combine mortgage broking with his first passion, helped to successfully grow the brand from scratch as Head of PR and Marketing.

In April 2009, Monty became one of the main founding directors of Coreco, determined to help drive financial literacy, educate the public and show that mortgage brokers can be different.

As MD, Andrew looks after the strategic goals that drive the vision and culture of the company, maintaining and promoting our Brand, Marketing, PR & Communications, as well as looking after our Corporate, Introducer, and Lender relationships.

He is the author of a highly acclaimed Mortgage Blog and host of our successful Mortgage & Property Podcasts. Not only has he helped Coreco to win a trophy cabinet full of top awards along the way, but he has also won 8 major industry awards personally; Best Press Spokesperson (twice), Best Marketeer (twice), Mortgage Personality of the Year (twice), Mortgage Strategist of the Year and most recently Best Business Leader Broker (11-50 brokers).

As an experienced presenter and public speaker, he engages with other companies around London to help educate their employees on the subject of mortgages and buying a home.

Monty is also a proud Board Member of the Association of Mortgage Intermediaries, (AMI) and has recently been elected as their Chairman from 2021, working to “promote the provision of good advice as an essential part of a healthy market for mortgages” and as a cheerleader for the Mortgage Industry as a whole, usually without the pom-poms.