On Tuesday a gutsy group from Coreco, dubbed the Coreco Climbers, took part in Vertical Rush for the charity Shelter.

They scaled dizzy heights, running up 932 steps of the London skyscraper, Tower 42 all to raise money for the charity (that’s not to say it didn’t get just a little competitive).

With all the team tackling the 932 it was a sterling effort by all at Coreco and the team have so far raised a staggering £3,569 for the charity. 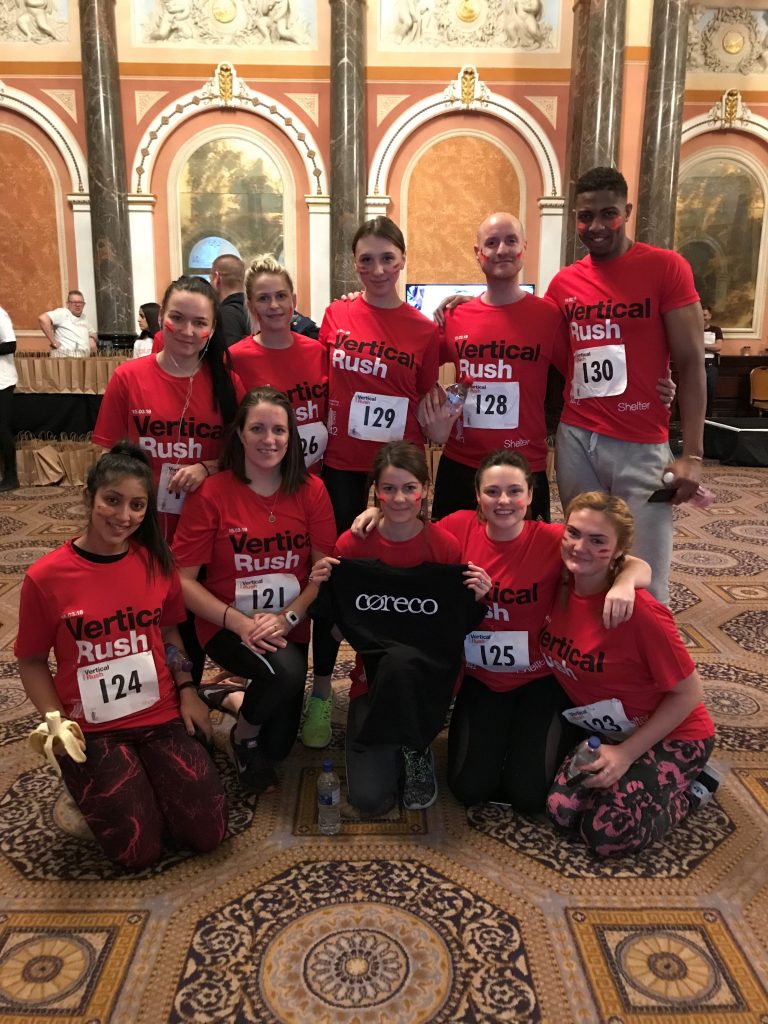