The sun was out for our annual sports day and this year we were at Bancroft Rugby club.

The afternoon kicked off with Tug of War in a competitive match between ‘upstairs’ and downstairs’ with upstairs winning the best of three, 2-1.

We then had the 100m men’s race which was won by Connor (just!). Another point for ‘upstairs’.

We then had the 100m women’s race which was won by Jemima.

A competitive game of rounders resulted in ‘upstairs’ winning again.

We then stopped for a delicious BBQ cooked by Roy. (Thanks Roy!) 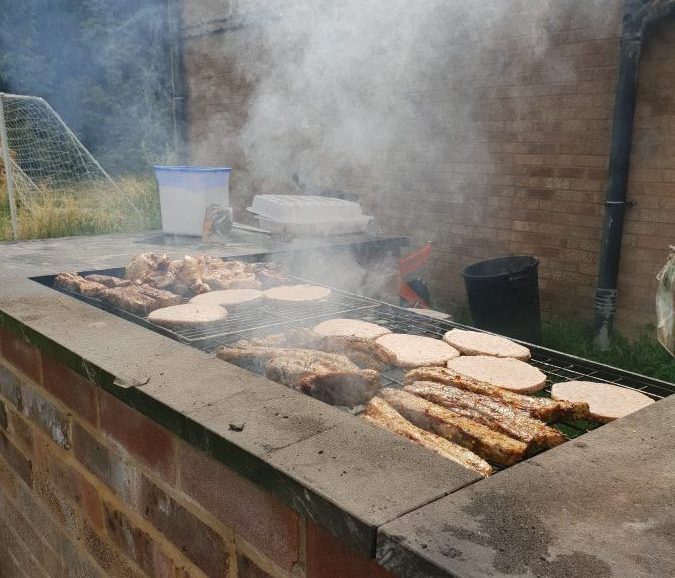 The day of sports was finished off with an assault course which was once again won by ‘upstairs’ giving them a full sweep. Better luck next year, downstairs!