6 Years Of Low Rates – Are We Now At The Bottom?

As we “celebrate” (if that is the right word), the 6th anniversary of the Bank of England Bank Rate falling to its’ current historic lows, you could be forgiven for thinking that this is now the new norm and will continue for the foreseeable future. When you really think about it, it is quite remarkable, 6 years eh! There were not many amongst us who thought that rates would stay so low for so long. 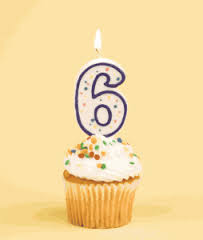 Whether we will see a 7th year is one that will no doubt be speculated over for the next few months, especially as the Bank of England’s’ Economist Andy Haldane recently stated that there is now a 50/50 chance of a further cut rather than a hike!

Within that time at least 1 member of the MPC has voted for an increase 19 times, whilst at least twice we have seen markets react to “imminent rises” but all to no avail. In fact, the average borrower has now become a little blasé, seeing these calls as the industry crying wolf in order to get the remortgage market going once more.

The truth is however, that there are many of us who are a little concerned that there are some borrowers who should be taking advantage of the rates on offer now and securing themselves against an uncertain future.

It seems that all those borrowers that have recently held back waiting for rates to get even lower are being thwarted at the moment as the recent upward swing on Swap rates means that a couple more lenders have eased off their constant cutting and in some cases have tweaked things upwards accordingly; not a lot, but a bit.

We have also heard a couple of lenders stating that they believe we are now at the bottom of the current rate cycle and do not think there will be any further cuts.

Of course we heard this before last year, only to see rates fall to even crazier levels as lenders battled it out for market share amongst a small pool of borrowers.

It does however, look and feel a little bit different now.

On the cusp of a General Election, with all the political rhetoric, pontificating and uncertainty that a close run campaign brings, it is harder than ever to really predict what will happen next. Where uncertainty flourishes, securing the biggest loan you are ever going to take out for some certainty has added attractions.

Either way, even if there are small, further falls to come, they will represent a slight jostling to get on top of Best Buy tables, rather than another serious price war.

At any rate, price is not everything. Those borrowers waiting around to potentially save a few pennies need to also be aware of criteria changes. In recent weeks we have seen more lenders introducing Loan to Income caps which could cause an issue for some borrowers.

It is not a question of rushing in to fix when there is no need, but there is a need to look seriously at the various options, take advice and decide accordingly.

Once a change in Bank Rate does finally come, (which still probably will not be until next year), this is often too late as lenders will already have slowly put up their offerings before then.

Ultimately of course, we will only know in hindsight whether or not we are at a natural plateau where mortgage rates are concerned, resting before another fall or already passed the nadir.

All we do know is that these rates are extraordinary and are more likely to rise more than they fall. It’s all a question of timing.